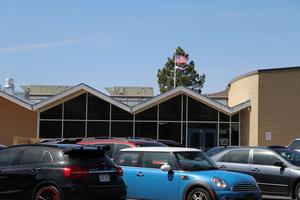 In response to community feedback, the district has updated details on options to rebuild Miller Middle School on site. Please review these options carefully and provide any additional feedback via the current survey, or by participating in the August 5th feedback session via zoom.

As the community engages with the school district on the vision for the rebuilding of Miller Middle School, we wanted to take a quick look back at how it all started. In 2018, the long-range planning committee, consisting of community leaders and experts in construction trade, demographics and economics, began to meet to evaluate the school district’s capital needs.  After two years of in-depth research, analysis and discussion, the committee ultimately created a Master Plan for capital needs in the district for the following 10 years.


In January 2020, the Master Plan was reviewed and adopted by the board of education and shared with the community. In the Master Plan there were many ideations presented of possibilities on how we can achieve a new building for Miller Middle School. This was due to the fact that it was discovered during the long-range planning process that it would be more cost effective to rebuild Miller than address the many maintenance issues.

As with any remodeling or construction project, as the district began to evaluate the rebuild of Miller in further depth with architectural, engineering and construction management teams, it was realized that some of the possible plans presented in the original Master Plan may not work due to new drainage code policies and mitigation needs on the campus.

As the district and its contracted experts began to examine all the options, the district shared some of those ideas with the community, which included a possibility of relocating Miller from its current location.


In feedback sessions and through a survey hosted by the district, it was discovered that the community does NOT want to see Miller relocated and would rather explore the options for keeping it on site, which may require students to be housed in modulars for some time.


Spending of the Bond Dollars

It is required that 85% of the bond dollars are planned to be expended in the first three years on the projects, and because Miller is 35% of the total bond dollars, the project dollars must be expended in the first four years for this project. The district and board have reached out to the community to help make these critical decisions for what is best for the students and our community, and we appreciate all the feedback to date. .


Options and Impacts for Rebuild

The District has moved forward to push our bond program manager and the architects that have been interviewed to prepare proposals that rebuild on the existing Miller site with students remaining on site.


The additional costs that will be impacted by rebuilding on the Miller site are as follows:


1) Abatement costs are estimated to approximately be over $2.5 million dollars (this figure was not known during the Master Plan process and COVID has impacted the workforce availability and cost significantly)


2) Use of athletic/play areas- due to constraints around site laydown for construction on the site, the athletic fields will need to be used and will require a rebuild at the end of the project, that could impact costs up to an additional $2 million dollars (not in Master Plan estimates).


3) Phased approach to keep kids in the building will likely add length to the construction schedule, adding additional costs to keep the General Contractor on the job.


4) Additional stormwater retention requirements could add additional costs to the project of $1 million.


With $40 million allocated to the rebuild in total, and of that $31.5 million directed for construction, these additional costs would reduce the amount the district can spend on the actual construction of the building by $5.5 million.

Thank you to the Durango community for the feedback we've received thus far on the Miller school rebuild site evaluation study.  Our community has overwhelmingly come back and communicated a desire to rebuild on the existing site.

Of the 871 responses received to date:


Some community members expressed interest in Miller being relocated to the current Fairgrounds location, but in discussions with the county, this will not be feasible due to the timeframe in which the building will need to be constructed.


With this feedback in mind, the district is hosting one more feedback session scheduled for tomorrow, August 5, 2021, at 5:30 pm for the community to share new feedback based on the below information on rebuilding Miller onsite. Additionally, the survey will remain open online at https://app.smartsheet.com/b/form/fa1546ef2f2a42eba4b8b1b6f94612c0 until August 6th, 2021.