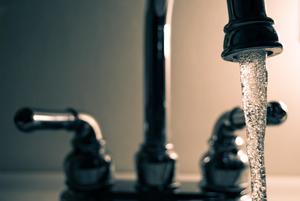 Durango 9-R recently received a grant from the Colorado Department of Public Health and Environment (CDPHE) to sample for lead in drinking water at Escalante and Miller Middle Schools. These schools receive water from The City of Durango, a public water system.

When lead is present in water, it is typically leaching from the plumbing fixtures and is not a result of the Public Water System’s water quality.  Because of the concern about the possible health effects posed by elevated levels of lead, Durango 9-R has taken the initiative to voluntarily sample the drinking water at these schools.

Under the grant, 103 faucets and drinking fountains were sampled at the two schools.  Of the 103 samples, four faucets were above the 15 parts per billion (ppb) allowable level.  Three of the samples were at Miller in two different classrooms and one at Escalante in the kitchen.  These faucets were re-sampled after running the water for 30 seconds (flushing) and then sampling versus initial sampling which is taking the sample after the water has sat in the pipes for at least six hours.  All of the flush samples were well below 15ppb. One part per billion is equivalent to a single drop of water in 55,000 gallons of water.

Because the flush samples were well below the action level the corrective action for the faucets that were initially high is to always run or flush the faucet 30 seconds each morning prior to use.  The teachers in the classrooms at Miller and Kitchen staff at Escalante were given this information. Signs were also put up at the individual faucets indicating the 30 second flush before use.

The results from each of the schools testing can be found on the Durango 9R website at https://www.durangoschools.org/watertestingresults/

If there are further questions regarding the testing please contact, Ed Webb, Director of Facilities, at (970) 247-5411.